For years my main headphones for mixing and monitoring have been AKG K270s, but a year ago they suffered an untimely death at the hands of my two year old and a pair of scissors. So I decided it was about time I got myself a few decent pairs of headphones, as I wanted a pair for my audio interface, a pair for my stage piano, and a pair to use at work.

The obvious choice for me would be the successor to the K270s, the AKG K271 MKII, which doubtless is a great pair of headphones as well, but I wanted to try out a few different makes. One advantage of the K271 which I will mention, is that it has a clever switch built into the headband that mutes the sound when you take them off. This is actually quite handy at work when someone comes to talk to you - you can just remove your phones without needing to pause your music. These phones can usually be bought for around £100 these days, which is a bit of a price drop from their original price.

They also have very good sound isolation, making them a great choice for monitoring while recording. 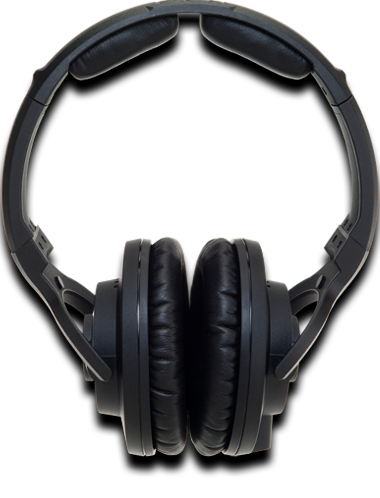 The first pair I got to replace my K270s to use for mixing and monitoring were the KRK KNS 8400. KRK have only recently entered the headphone market, but they have a great reputation for speakers, so I was willing to take a risk. I was very pleased I did. These headphones are very lightweight and supremely comfortable to wear, as well as sounding great, with surprisingly good bass response. They come with a nice carry pouch, and you can rotate the earpieces easily to listen to one ear without putting on the phones. They also have a detachable cable, which means I won't have to buy a new pair if another unfortunate scissor incident were to occur. These phones are usually available at around £130, making them a little more expensive than some of the other options, although I got mine as part of a bundle including a soundcard and microphone which reduced the price a bit. 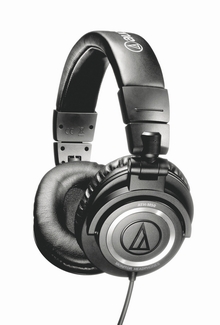 The pair I went for to use with my stage piano, was the Audio Technica ATH M50. These have an extremely good reputation, and with the updated ATH-M50X being launched this year, the old model were available with a good discount (around £80 instead of the usual £130). I have to say, these really deserve their reputation.

They're heavier than the KNS 8400s, but just as comfortable, and slightly louder. If anything I prefer their sound slightly to the KNS 8400s. They also have a carry pouch, and an ingenious way of collapsing smaller for transit. Sadly the M50 doesn't have a replaceable cable (although the newer M50X does), and its cable is coiled. I thought this might be annoying at first, but actually I find this helps it from getting tangled up with all the other wires.

Overall I’m really pleased with these phones, and probably would say they are the nicest pair I’ve owned.

For my third pair, which was going to be used at work, I decided to take a bit of a gamble. The TASCAM TH-02 headphones are outrageously cheap, and yet seem to have a cult following of enthusiastic supporters who claim their sound rivals that of much more expensive headphones. I decided that for just £20, I could hardly go wrong, so ordered a pair.

They turned out to be a bit of a disappointment. The phones are not particularly comfortable to wear, with the ear pads not sitting nicely over my ears like the ones on the ATH-M50, KNS8400 or K270. I suppose at this price, lower build quality was to be expected. I find they leave me with an uncomfortably sweaty head after wearing them for an hour or so.

As for sound quality, I was also underwhelmed. I'm not sure what the fuss was about, as when playing my stage piano through them (one of my favourite ways to test out the full tonal range of a pair of headphones), I got some harsh midrange that wasn't present on the ATH-M50s. Don't get me wrong, these are probably superior to the vast majority of £20 headphones, but they don't compare to the phones in the £100 range.

So I've given up on the TH-02, and decided to grab another pair of ATH-M50s while they are still available at cut price. It seems like many shops now only have the white ones left so stocks may be running out. I'd definitely recommend grabbing a pair while you can if you are in the market for a quality pair of headphones for a cut-down price. There are a few other makes that I've yet to try out. The Sony MDR-7506 and Sennheiser HD 280 Pro both have great reputations too, so maybe next time I’m in the market I’ll try out one of those, but I have enough pairs for now. Let me know in the comments which headphones you recommend.